WHAT HAPPENS IF I WAS NOT WEARING A SEAT BELT DURING A CAR ACCIDENT? 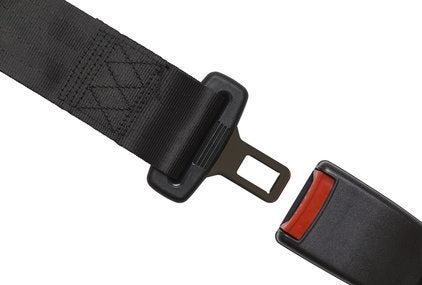 Massachusetts law requires every person in a passenger motor vehicle to wear a safety belt or sit in a child passenger restraint. Any driver who is stopped by a law enforcement officer for a traffic violation, and is not wearing a safety belt can be fined $25. https://malegislature.gov/Laws/GeneralLaws/Parti/Titlexiv/Chapter90/Section13a

According to Massachusetts Registry of Motor Vehicles  - Among drivers and front-seat passengers, safety seat belts reduce the risk of death by 45%, and cut the risk of serious injury by 50%..

A seat belt's ability to prevent an individual from being ejected from a vehicle or being thrown against another vehicle occupant or the vehicle means that this safety feature can prevent you from suffering severe injuries when involved in an accident. Nonetheless, wearing a seat belt is not only important because it keeps you safe or helps reduce the severity of your injuries in case of an accident.

Wearing a seat belt ensures you do not jeopardize your personal injury case when involved in an accident. After a car accident, you might focus all your efforts on proving that the other driver was negligent. However, suppose you were not wearing a seat belt at the time of the accident. In that case, you also stand being accused of negligence, and due to the comparative negligence law, you risk affecting your recovery amount.

The Law on Comparative Negligence

In Massachusetts, you have the right to file a personal injury claim after being involved in a car accident as long as your percentage of responsibility for the accident is 49% or below, you have the right to bring a claim against the other party. However, under Massachusetts law, your damage award can be reduced if you are not wearing a seat belt.

Failure to wear a seat belt comes into play in your personal injury case when the jury feels that the act is a contributing factor in your injuries. Since Massachusetts law requires you to wear a seat belt, a jury court can consider your lack of wearing it when determining how much settlement to award you. The cause of the accident may not have been your lack of wearing a seat belt, but as long as your negligent act played a role in increasing the severity of the injuries you suffered, your compensation amount will reduce. . In Massachusetts, evidence that an injured person was not wearing a seatbelt may be admissible to prove comparative negligence if the defendant produces evidence that the failure to wear a seatbelt caused or contributed to the injuries. See Shahzade v. C.J. Mabardy, Inc., 411 Mass.

How Does the Defense Use Your Lack of Wearing a Seat Belt Against You?

In a Massachusetts personal injury claim, the defense team can use medical evidence to prove to the court that the lack of wearing a seat belt impacted the severity of your injuries. The other party's lawyer might involve an expert who can prove that you would not have suffered the same injuries had you been wearing a seat belt. For example, assume you broke your collar bone in an auto accident. A doctor can prove to the court that had you been wearing a seat belt, that would not have happened.  If they can successfully do that, the court will reduce your settlement amount by a certain percentage.

Therefore, the best policy is to make sure you, as a driver, buckle up, and also make sure that your passengers are buckled up, especially if they are under the age of 16.

If you were not wearing a seat belt when an accident happened and require help so you can receive fair compensation, contact attorney at Frank Spillane of Spillane & Mrowka today to schedule a consultation.

Thank you for contacting us. We will get back to you shortly.

Please complete all required fields below.

Spillane & Mrowka is committed to answering your questions about Personal Injury, Criminal Defense, and Real Estate law issues in Masacheutes.

We'll gladly discuss your case with you at your convenience. Contact us today to schedule an appointment.