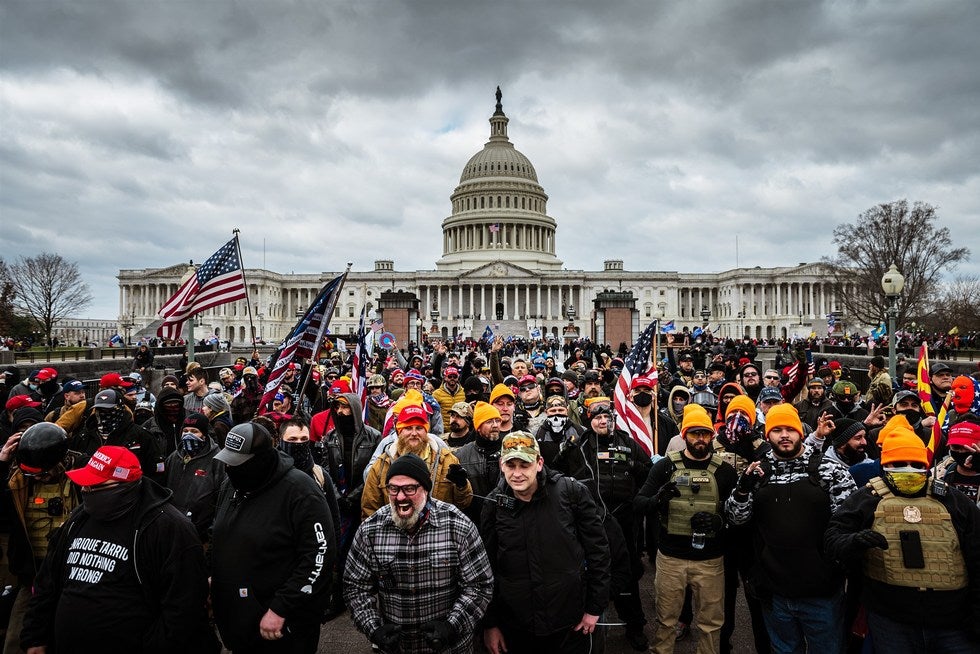 Protesting or inciting a mob?

Federal prosecutors are vowing an aggressive investigation of all those who took part in or instigated the rioting that occurred at the nation's capital. This raises the possibility that inflammatory statements President Donald Trump and Rudy Giuliani made to supporters shortly before the assault will be closely scrutinized for possible criminal charges.

During a rally shortly before the violence at the Capitol, Trump called on his supporters to “fight like hell” before sending them to march to Congress as Congress was considering objections to the electoral votes that declared President-elect Joe Biden the winner of the Nov. 3 election. At the same rally, Giuliani urged “trial by combat” on Trump's claims that he was the genuine winner.

Are the statements by Trump and Giuliani protected free speech or criminal treason or sedition? How do you convince a federal prosecutor not to bring charges?

First you have to a deep understanding of the legal terms and potential charges.

What is Free Speech:

The First Amendment to the US Constitution reads:

“Congress shall make no law respecting an establishment of religion or prohibiting the free exercise thereof; or abridging the freedom of speech ….

Treason can broadly mean betrayal or treachery, but it is a federal crime — and the only crime expressly defined by the Constitution. According to Article III, Section 3:

“Treason against the United States shall consist only in levying War against them, or in adhering to their Enemies, giving them Aid and Comfort. No Person shall be convicted of Treason unless on the Testimony of two Witnesses to the same overt Act, or on Confession in open Court.”

The federal treason statute, 18 U.S.C. § 2381, mirrors the Constitution's language and imposes minimum penalties of five years' imprisonment and a $10,000 fine. A conviction bars the defendant from holding any federal office and carries the possibility of the death penalty. Treason only applies to American citizens and can be committed by “levying war” against the U.S. or by giving American enemies “aid and comfort.”  Treason is "the highest of all crimes"—defined as intentionally betraying one's allegiance by levying war against the government or giving aid or comfort to its enemies. (In re Charge to Grand Jury, 2 Curt.C.C. 630 (D. Mass. Cir. Ct. 1851).)

What legally qualifies as domestic terrorism?

The 2001 Patriot Act expanded the government's definition of terrorism to cover domestic, as opposed to international, terrorism. Under the U.S. code, domestic terrorism is defined as violent acts that are committed within the U.S. and are a violation of federal or state criminal laws that are intended to intimidate or coerce a civilian population; influence the policy of a government by intimidation or coercion; or affect the conduct of a government by mass destruction, assassination or kidnapping. The FBI characterizes domestic terrorism as violent extremism meant to further ideological goals stemming from political, religious, social, racial or environmental influences. 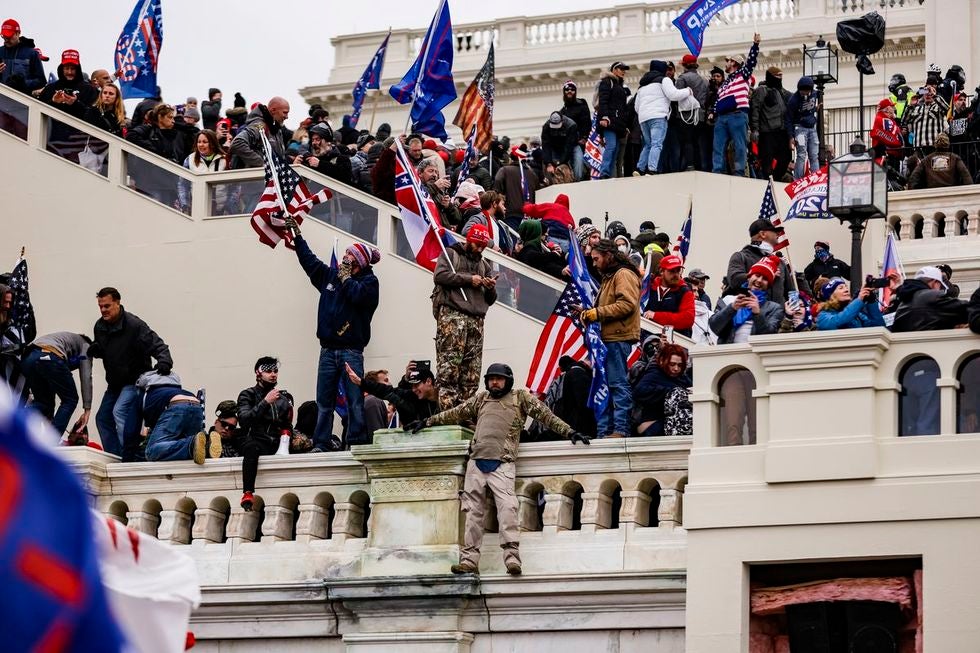 As often the case in analyzing a legal problem the Constitution and laws are of limited use. You must dig deeper and see how the laws and Constitution have been interpreted by the Courts.

The intersection of Free Speech and Sedition was first analyzed in a 1919 Supreme Court decision called Schenck v. U.S.  In Schenck a member of the Socialist Party of America, Charles Schenck, organized the distribution of leaflets to prospective military draftees, encouraging them to resist the draft. Schenck was thrown in jail for violating the Espionage Act. He fought his case all the way up to the Supreme Court.  In a unanimous decision written by Justice Oliver Wendell Holmes, the Supreme Court upheld the conviction, the Supreme Court ruled that Schenck had intended to undermine the draft.

In the 1960s, the protections afforded under the First Amendment were further clarified in a case called Brandenburg v. Ohio.  Brandenburg, a leader in the Ku Klux Klan, made a speech at a Klan rally and was later convicted under an Ohio criminal syndicalism law. The law made illegal advocating "crime, sabotage, violence, or unlawful methods of terrorism as a means of accomplishing industrial or political reform," as well as assembling "with any society, group, or assemblage of persons formed to teach or advocate the doctrines of criminal syndicalism." The Supreme Court ruled in favor of the Klan leader and held that the Ohio law violated Brandenburg's right to free speech.

The Court used a two-pronged test to evaluate speech acts: (1) speech can be prohibited if it is "directed at inciting or producing imminent lawless action" and (2) it is "likely to incite or produce such action."

To this day, the “imminent lawless action” standard of Brandenburg controls prosecutions for speech advocating violence.

In a later Supreme Court, the Court clarified the limits of the application of the Brandenburg doctrine. In Hess v. Indiana (1973) Gregory Hess was arrested for disorderly conduct during a protest against the Vietnam war at Indiana University when he threatened to return later to “take the … street” from the protestors. The Supreme Court reversed Hess' conviction on the grounds that his advocacy of illegal action referred to “some indefinite future time” and thus did not meet Brandenburg‘s standard of “incitement to imminent lawless action.”

In the case of Trump and his followers Trump's lawyer would raise a factual dispute. While Trump did tell his supporters to fight like hell, he also told them “I know that everyone here will soon be marching over to the Capitol building to peacefully and patriotically make your voices heard.”  It would be argued that his peaceful and patriotically statement was evidence that his speech was not "directed at inciting or producing imminent lawless action."

Trumps lawyer would also argue that under Hess v. Indiana - First Amendment freedoms mean speech has to be calculated to produce imminent violence to be considered criminal. Similarly, comments by Trump and Giuliani, even those about "trial by combat," were not specific enough to be considered criminal. The statements were similar to Hess's vague statement that he would “take the … street” from the protestors.

While the above may be a hypothetical analysis of current events this is exactly the process that prosecutors go through in determining whether to charge someone with a crime and to determine what the charges will be. This is also the process and analysis that a criminal defense lawyer would go through in defending the target of a criminal investigation.

Thank you for contacting us. We will get back to you shortly.

Please complete all required fields below.

Spillane & Mrowka is committed to answering your questions about Personal Injury, Criminal Defense, and Real Estate law issues in Masacheutes.

We'll gladly discuss your case with you at your convenience. Contact us today to schedule an appointment.